My main research interests revolve around issues of international development, international migration, displacement, and diaspora policies, as well as international cooperation on these areas. I am particularly interested in the social and political nodes of domestic, international and transnational spheres and in the determinants and effects of state actions within and beyond traditional spaces of sovereignty.

My principal research projects revolve around the following seven themes:Below please find a short description of these areas, as well as a list of relevant publications. 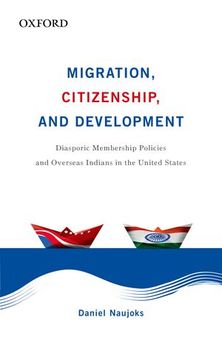 Migration, Citizenship and Development
My recent book “Migration, Citizenship and Development—Diasporic Membership Policies and Overseas Indians in the United States” (2013, Oxford University Press) deals with India’s policies to engage with its diaspora population and the effects of such policies on social and economic development. It analyzes and categorizes different policy and regulatory activities by various Indian state actors, their content, the involved communication dimension and their repercussions.

At the level of effects, the book theorizes the individual level and group level determinants, as well as the concrete consequences of remittances, investment, philanthropy, and return migration. To this end, it explores the effect of citizenship and legal privileges on economic actions, naturalization behavior, social identity, and diasporic good will. The book is based on qualitative field research with diasporic Indians in the U.S. as well as returnees in India, following a Grounded Theory approach in tradition of Corbin and Strauss. An OLS regression analysis of American Community Survey data completes the picture by exploring the link between naturalization and income levels among ethnic Indians in the U.S.

This research aims at filling several critical gaps. While it is often claimed that dual citizenship may play a beneficial role for their country of origin’s development and that it may strengthen ties between migrants and their countries of origin there appear to be no empirical studies on the effects of dual citizenship, let alone on India’s special membership statuses. In addition, the book contains an extensive and innovative analysis of U.S. naturalization data in order to assess the naturalization-increasing effect of dual citizenship in the country of residence. These innovative ways of calculating and comparing naturalization data will generate better and more meaningful analysis and evaluation of citizenship policies while quantitative researchers are reminded that we need to contextualize the naturalization decision, considering factors in the country of origin, destination, as well as in the migrant community alike.

The book showcases my beliefs that the most meaningful research includes normative ideas and concepts from political theory and public policy, elements of policy learning and diffusion of knowledge, the political process and struggle of interests and power, the implementation and significance of such policies at the individual and group level. For the latter, I sympathize with sociological and ethnographic methods of capturing every-day processes of policy implementation and the meaning of such measures. Too often social science theories and frameworks depart from stylized ideas of ‘rational’ behavior of citizens that is—too often—not empirically grounded in realities.

For more information on the book, see www.migration-citizenship-development.com 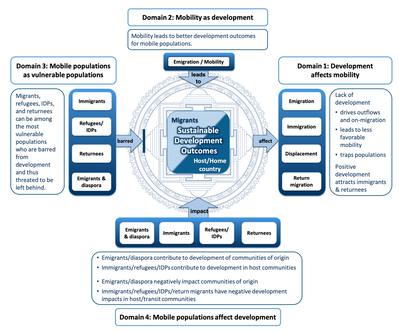 SDGs, migration, and displacement
​​The Sustainable Development Goals (SDGs) include a number of explicit references to migration. This includes the necessity to protect migrant workers’ labour rights, promote safe and secure working environments, in particular for women migrants (target 8.8), facilitate orderly, safe, regular and responsible migration (target 10.7), and reduce the transaction costs of migrant remittances (target 10.c), as well as scholarships that can affect student mobility (target 4.b) and trafficking in persons, especially of women and children (targets 5.2, 8.7, 16.2). These mentions exemplify that migration and displacement have a prominent place in global development strategies. My research sheds lights on how these targets and their respective indicators are conceptualized and implemented. In addition, I propose the mobility mandala, a comprehensive framework to systematize the various links between human mobility and the Sustainable Development Goals (SDGs). The mobility mandala conceptualizes four principal ways in which human mobility interacts with sustainable development. It incorporates all forms of mobility; provides a unified analytical lens for in-migration, out-migration, transit and return migration; and categorizes public policy and SDG interventions, supporting a more varied, more specific, and human-rights based understanding of migration governance. The proposed framework is not limited to the direct migration targets in the SDGs. According to the framework, all 17 SDGs and nearly all their 169 targets are linked to human mobility and often in multiple ways. To empirically investigate these links and their policy ramifications, I have constructed a global database of 500+ UN Development Assistance Frameworks (UNDAFs, now  called Sustainable Development Cooperation Frameworks) and 300+ national development plans that are coded according to the framework domains. 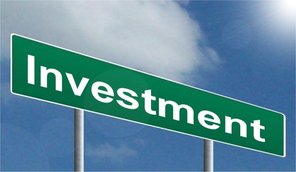 Diaspora investment
Foreign investments made by migrants and diaspora actors may indeed increase capital and technology in the source countries, create employment, add to foreign exchange earnings, and contribute to economic growth and poverty reduction. Although our actual knowledge about the extent, determinants and impacts of such flows is scarce diaspora investments are seen as an untapped source of capital.
One key area of my research activities relates to understanding the determinants and impacts of diaspora investments, as well as the policies governing them. I have recently proposed a multi-disciplinary research agenda on diaspora investments and analyzed the paradigms, policies and patterns of Indian Diaspora Investments in the Routledge Handbook of the Indian Diaspora.
In 2015-2016, I served as the principal investigator for a research project, funded by the Swiss government and UNDP, on the impact of diaspora investments on economic development. In addition to a global mapping of such practices, in cooperation with Mohamed Kriaa from the University of Tunis, I conducted a survey of 400 randomly-chosen firms in Tunisia that allowed us to compare the impact of foreign direct investments by ethnic Tunisians and other investors on employment, wages, rural development, and exports. While an increasing number of governments are creating special incentives for diaspora investments, this is the first study to systematically assess their impact.

Practices of Ethnic Identity Formation
Another branch of my research is devoted to questions of ethnic identity formation. I am interested in the processes and factors that affect the labeling of groups. In this regard, I look at the relationship between national and transnational forms of belonging, the development of pan-ethnic categorizations for South Asians, and the importance of legal, administrative, and discursive factors on these developments. My article Diasporic Identities – Reflections on Transnational Belonging (Diaspora Studies, 2010) differentiates between several groups that transnational migrants may self-identify with and chapters in my book explore how the acquisition of U.S. citizenship affects the self-representation and political activities of Indian immigrants, especially in the aftermath of 9/11.

In my ongoing research I am interested in understanding the everyday practices at the individual and group level that influence the processes of internal self-identification and external ascription. In this regard, I am also interested in transnational elements of identificatory processes and the connection between subjective categorizations and actual behavior. I am currently in the process of planning the next steps, which involve participatory observation at immigrant organizations, as well as longitudinal qualitative research with immigrants from South Asia (India, Pakistan, and Bangladesh) and changes in their legal status. This research aims at understanding how external events, intra- and intergroup processes, as well as government communication at different levels (local, state, national) and in both the U.S. and migrants’ country of origin affect feelings of community membership, as well as pan-ethnic identifications and claims-making.

Immigration Policies in the Global South —​ Towards a Global Immigration Theory
Developing countries host 41 percent of all international migrants in the world. However, migration scholarship has focused largely on analysis of migration patterns, policies, and outcomes in the Northern America, Europe, and Australia. Immigration policies and flows in the Global South are often strongly influenced by the former colonial powers from which immigration laws are inherited. Several developing countries are opposed to ratifying the 1951 Refugee Convention and its 1967 protocol. In a book project I am analysing the key elements of migration policies in key African, Asian and Latin American countries, the aspirations of the polities to (re)consider immigration, as well as the migration outcomes such policies generate. This includes an analysis of the narratives about immigration and ethnicity that are prevalent in the societal, policy, and media discourse.

When discussing and adopting citizenship regimes for diaspora populations, what ideas are addressed in what way and by what actors? To what extent does policy diffusion and policy-learning from other countries play a role? And what are the concrete channels and mechanisms of diffusion? How do economic expectations, political aspirations, national security concerns and other areas figure in the deliberations about dual citizenship and diaspora incorporation? What roles play institutional paradigms of actors, such as home ministries and special government diaspora units? What policy changes were prompted to balance these concerns? To what extent matter normative considerations from the sphere of ethics, the constitution, and international norms?

Diasporic membership policies are also connected to questions of state sovereignty, post-colonial discourses, and observable trends to frame interactions with expatriate populations under the framework of migration governance.

The Indian case: During 2008–11, I lived in India, where I conducted an extensive analysis of India’s policies to engage with its diaspora. To this end, I analyzed parliamentary debates, media coverage and held 50 interviews with key policy actors in the Indian foreign and diaspora policy sub-system. This includes a former Prime Minister, three former Foreign Ministers, the Minister for Overseas Indian Affairs and the Minister for Rural Development. I also conducted in-depth interviews with several top-level bureaucrats, such as Foreign and Home Secretaries, and the Chief Election Commissioner, as well as the Deputy Chairman of the Planning Commission.  Currently, I am in the process of furthering my preliminary analysis of the collected data for several journal publications. 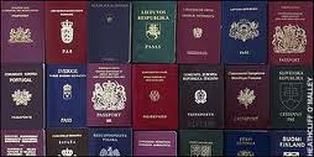 Defining the boundaries of citizenship: Global Constructions of Citizenship, Atypical citizenship and the Meaning of Membership
I aim to understand the way states construct citizenship, both internally and externally, both at present and also considering the historical development of narratives, norms, and notions. With several partner institutions, I am engaged in establishing a global, multi-lingual database of citizenship legislation that will contribute to the development of meaningful citizenship indicators at the global level. My personal research interest tries to dismantle the monolithic idea about what ‘citizenship’ means —even in legal terms— and to enable meaningful comparative research to link the provision of rights and freedoms to political, social, and developmental outcomes.

Relating to discussions in democracy and citizenship theory, as well as transnational studies, cosmopolitism and discourse analysis, the chapter analyzes the aspirations of political actors, the political rhetoric and the differences between tangible privileges and discursive elements of the three different citizenship policies. It highlights differences in the constructions of ‘special subjects’, moral obligations and the exercise of power and contributes toward understanding modern conceptualizations of citizenship.
Publications

2015. "The securitization of dual citizenship. National security concerns and the making of the Overseas Citizenship of India." Diaspora Studies 8 (1), pp. 18–36.  Web link

2010. “Diasporic Identity. Reflections on Transnational Belonging.” Diaspora Studies 3 (1), pp. 1–21. Web link and for a previous version of the paper.

2017. "The Transnational Political Effects of Diasporic Citizenship in Countries of Destination: Overseas Citizenship of India and Political Participation in the United States", in David Carment and Ariane Sadjed (eds), Diaspora as Cultures of Cooperation Global and Local Perspectives, Springer, pp. 199-221. Web link

2016. Assessing the Impact of Diaspora Investments in Tunisia. United Nations Development Programme and International Organization for Migration (with Mohamed Kriaa).

United Nations. 2012. “Report of the UN Secretary-General on Adolescents and Youth” (contributing author) .
Powered by