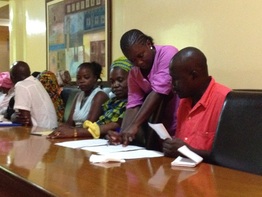 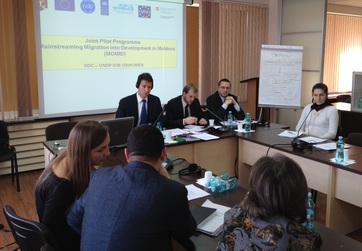 Mainstreaming Migration into Development Strategies
Since 2011, I have been involved in various multi-lateral and inter-agency projects that support countries to deepen the process of integrating migration, diaspora issues and gender into the design, implementation, monitoring and evaluation of policies and programs in any sphere related to development and poverty reduction. These endeavors are concerned with how migration-related issues should be included into legislation, policies and programs at the national, regional, and local level (for my academic work on Migration & Development see here).

In different capacities at UN-DESA, UNICEF, and UNDP, I was engaged in the Global Migration Group (GMG) programme on mainstreaming migration into national development. Importantly, in 2012–13, I supported the United Nations Country Team in Moldova and the Moldovan State Chancellery as a Senior Expert Facilitator with the mandate to review all sectorial development policies through the lens of migration. In this capacity, I led several rounds of consultations with 26 government agencies, civil society organizations and all members of the UN Country Team to assess inter-institutional cooperation processes and examine migration and diaspora elements in the field of investment and SMEs, agriculture, education, health, and social protection. In addition to extensive face-to-face consultations with all stakeholders, I conducted a large-scale stakeholder survey that fed into the process of adopting a Mainstreaming Proposal as main outcome document. Several of the key action points outlined in this document were adopted immediately by the Government of Moldova.

In 2014, UNDP Bosnia and Herzegovina (BiH) and the Government of BiH asked me to provide my expertise for the Interministerial Committee on Migration. In this end, I briefed select Government representatives, at the national and sub-national level on international best practices to consider migration in national development strategies, considering the specific situation of post-conflict Bosnia and Herzegovina, the country’s EU aspirations, and a heterogeneous emigrant population. I also conducted several 3-day trainings for senior development planning officials from the state, entity, canton and municipal level on how to include migration into integrated local development plans and other planning processes.

A key aspect in this regard is the role of gender-sensitive policies and programmes that aim at addressing the specific needs and capacities of men and women migrants, as well as the gender-specific effects of migration on non-migrants. I have addressed these issues at UNICEF, during the time in Moldova and in project with UN Women, starting in 2015.

Since December 2014, I lead a process of including migration into the UN Development Assistance Frameworks (UNDAFs) that is undertaken by the Global Migration Group in cooperation with the UN Development Operations Coordination Office (DOCO). This will enable UN country teams the world over to include the rights, needs, and capabilities of migrants into their planning processes and activities. 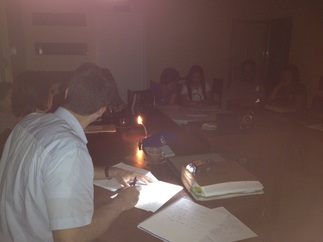 Local Development and Migration Challenges
In 2012, I was team leader for a large-scale mapping exercise on migration and development activities by local governments on behalf of the European Commission-UN Joint Migration and Development Initiative (JMDI), based out of UNDP Brussels. Within this project, I supervised 5 national consultants and conducted research in 9 countries.

The main task was to assess what local economic development (LED) processes have been established by local governments—including village councils, cities, provinces, regions and states—that include migration-related aspects. The extensive mapping and analysis provided the foundation for JMDI’s subsequent four-year plan and a publication on the role of local authorities in the field of migration and development. In addition to LED processes, and empowering migrants, the project focused on South-South and triangular cooperation at all levels. Recently I analysed global practices by UNDP and drafted a Guidance Note on Municipalities and Human Mobility that served as a key input by UNDP for the debate at the UN HABITAT III conference in October 2016.

The discussions continue during a black out at a
local development council in Agusan del Sur, Philippines. 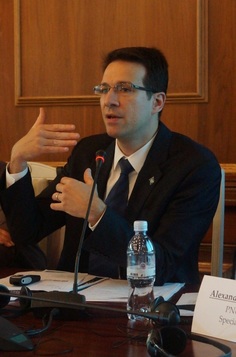 Research consultancies
Since October 2013, I serve as Principal Investigator for a joint pilot study undertaken by UNDP’s Sustainable Development Cluster and the IOM to assess the impact of diaspora investment on economic and labour market indicators in a range of countries. As a pilot study, I conducted an enterprise survey among diaspora-owned and other foreign-owned firms that surveyed 400 companies in Tunisia.

In 2011-12, I was engaged with the United Nations Population Division at the Department of Economic and Social Affairs (UN-DESA). In addition to supporting DESA’s UN System Task Force to develop a road map for the United Nations development agenda post-2015, I analysed and coded population, health, diaspora and citizenship policies for the global comparative study underlying the World Population Policies database and the 2011 and 2013 reports. This included conceptual work on the definitions of variables and indicators.

In 2014-2015, on behalf of UNDP, I co-supervised a research project together with the OECD Development Centre to operationalise the analysis of 'policy and institutional coherence for migration and development'. Recognizing that a diverse set of actors that are engaged in bilateral and multilateral development cooperation, immigration and emigration policies, as well as in the emerging sector of 'migration&development' may have different priorities and decision-making powers, under the auspices of the KNOMAD platform this project attempts to analyse the outputs, outcomes, and policy processes and improve coherence among the different activities and policies.

For more information on my academic research, see here.